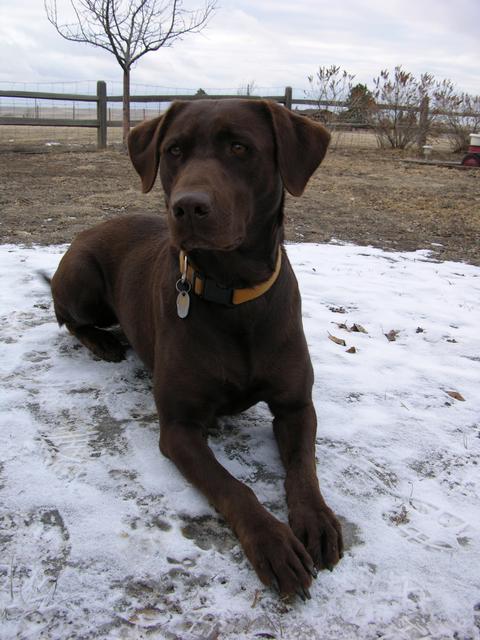 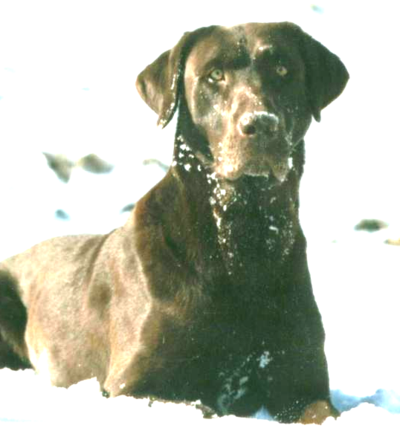 DIRECT DESCENDANTS OF SIR HERSHEY OF SURREY :
All our girls are direct descendants of Sir Hershey of Surrey. Sophie, Sheba, Abby and Di. I had to post these picture's above because the resemblance is so uncanny between Sheba and Sir Hershey. Sheba has been hunting in the field with me since 4 months old. She has been a natural at working a field and retrieving. Her points shocked me at first as I had not trained her for this. Her daughters ​have been hunting this year ( at age 6 months ) and are working fields like pro's.
Sophie has been hunting since she was 4 months old and I immediately noticed how
​powerful a nose she had. She was finding wounded birds her first season by just bringing her near where the bird went down. Our girls are also direct descendants of 4X GMPR Grits of Black Forest.These lines make training pups to hunt in the field very natural. I credit their desire and willingness to hunt an inherited trait ! Update:  Sheba's girls are in the field this year and are now
18 months old. They are able to hunt like their Mom and Aunt (Sophie) the very thick CRP and grasses well over their heads. I have been impressed by their endurance and perseverance. These two young girls will just get better and better as time goes on. To see these young pups working an upland field makes raising gun dogs worth every minute of our time. For all you gun dog owners out there, This is what its all about.
​     We have added Swiss Miss Duchess Darbie to our lines, she is a direct descendant of GMPR MPR
Cajun of Black Forest MH ( APLA Hall Of Fame ). His father is 4X GMPR Sir Hershey of Surrey. On her
mothers side is the Marble Mountain pointing lines and the FC AFC Cuda's Blue Ryder MH along with the FC
AFC Barracuda Blue MH.
Also Gayle has brought in Swiss Rooster Runner. By bringing in Rooster to our lines we have incorporated
the Mayo Kellogg genes. This line of labs brings us a taller Labrador along with more pointing genes. Also
if you notice the tail on Rooster is exactly what Mayo was looking for, it is up and when in thick cover it is very
visible. Please read below some of the history of the Kellogg Line.
Pointing Labs
America's own versatile hunting breed.
Article by Larry Mueller
If it's a versatile pup you covet this spring, how about one that's superior at doing what hunters need most and do poorest for themselves? Face it: We can stumble onto game occasionally, but our eyes are such terrible substitutes for decent noses that we're lucky to find downed birds on bare bean fields. The very best versatile dog needs to be a retriever first and foremost. Add pointing instincts to that retriever and you have a real workhorse-the pointing Lab.
"Adding pointing instincts" usually suggests outcrosses, but that was not necessary or sensible in developing pointing Labs. It's been about 150 years since the St. John's water dogs were
exported to England, where some gamekeepers crossed them onto pointers and setters to improve grace and movement while hunting and retrieving on land. Because those introduced pointing genes are recessive, they most often failed to express themselves unless joined by a like gene. But they remained in perhaps 10 to 15 percent of the Labs. Selecting almost entirely for retrieving skills during those 150 years could not purge pointing genes from the breed.
Mayo Kellogg, the real father of the American pointing Lab, noticed pointing in his South Dakota line as early as 1946. Forty years later, he was convinced that a pointing retriever is superior to a retrieving pointer. I wrote         about pointing retrievers in 1988, and Mayo received thousands of letters and calls. Mayo passed away last year, leaving his kennel to his son, Hugh. He reports that 95 percent of his buyers ask for Labs that point. Should you wonder about my name on his pedigrees of pointing Labs, it's not an endorsement or partnership. Mayo said he did it to honor my efforts in introducing them to the public. See www.Bdarn.com/ kellogg
Kellogg Kennels was founded in 1899, and are recognized as the first kennel to bring the Lab West of the Mississippi. Mayo noticed pointing tendencies in his South Dakota line as early as 1946 and set out to refine the type. He bred a dog that was driven, stylish and had greater intensity on birds. Pointing tendencies and the ability to hold the tail high made the dog easier to see in thick cover, and allowed the dog to communicate with the hunter. While many accused Kellogg of outcrossing lines with other breeds, he maintained that this was not a sensible approach, but rather selectively bred from lines that were established by English game keepers who had already introduced Setters and Pointers to the stock.
1